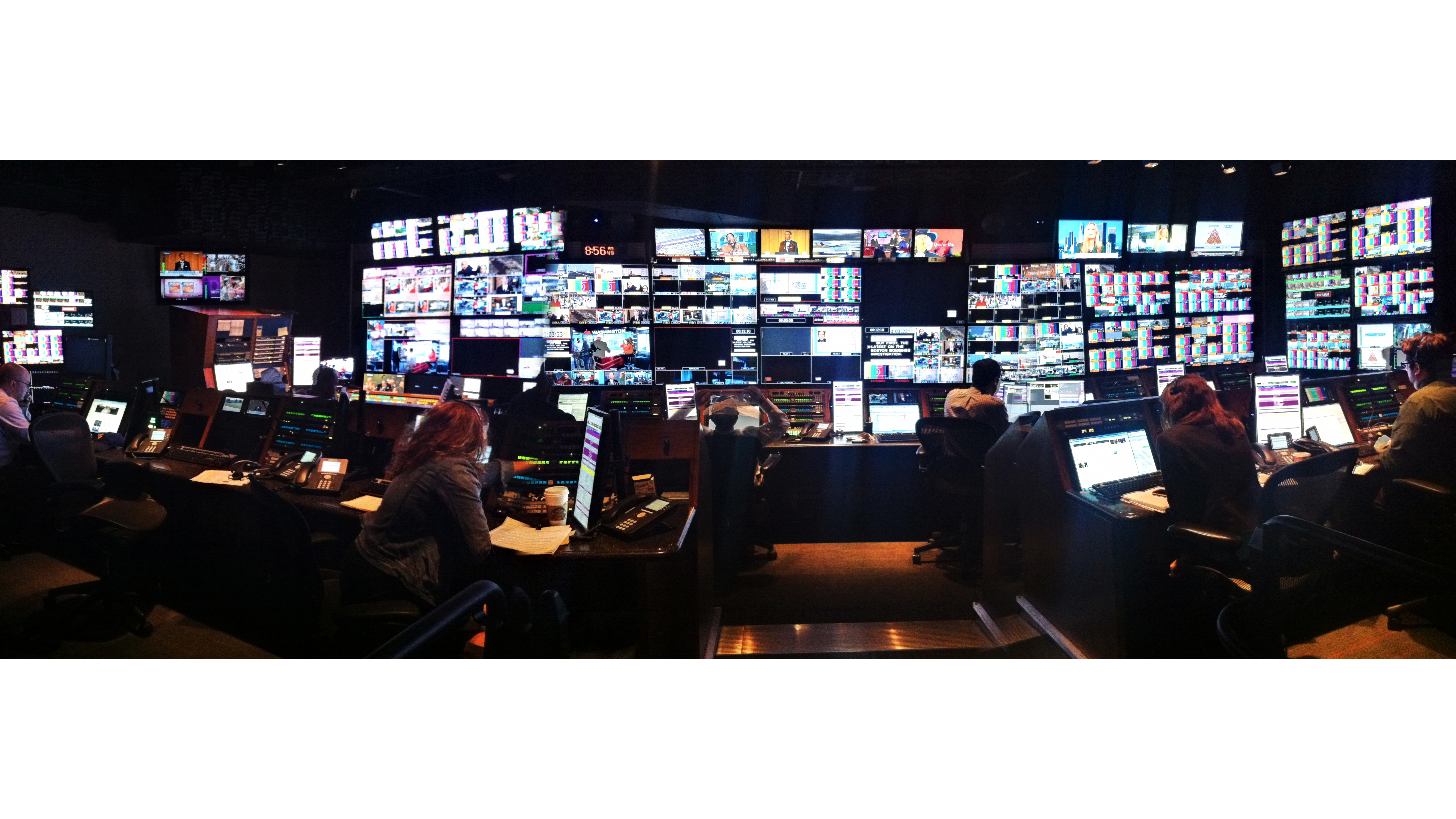 10. Our Sunday morning starts at 4am... that’s when one of our producers sends everyone the news that happened since we went to bed on Saturday night. From there, we change the show to incorporate that news, rewriting scripts, updating our guests, and changing our line of questioning.

9. Candy reads about fifty pages of briefing PER GUEST. Every week.

8. Our control room, Control A, is equipped so that we can watch nearly 100 different screens at one time.

7. The smoke you see in the shot of the Capitol behind Candy on Sundays isn't actually smoke – it's steam. We get a lot of questions about that.

6. The producers have mastered the art of watching the show and talking at the exact same time. We are also horrible people to watch movies with for that same reason.

5. There are five cameramen and a floor director on the set during the show. Sometimes, if something goes awry, they crawl along the floor to fix it during live TV.

4. The little box on the bottom left of the screen is called a gizmo, and it can be customized. However, it can’t get wet or be fed after midnight.

3. We have a plant as our show mascot. His name is Bill. Get it? Bill Plant?

2. Candy writes all of her notes on blue cards. Two reasons: one, it’s a CNN tradition; and two, white paper is too bright under the lights.

1. Guests of State of the Union receive a Flat Candy as our thanks for doing the show. We know of one guest who had his own Flat *NameWithheld* made because he liked it so much.