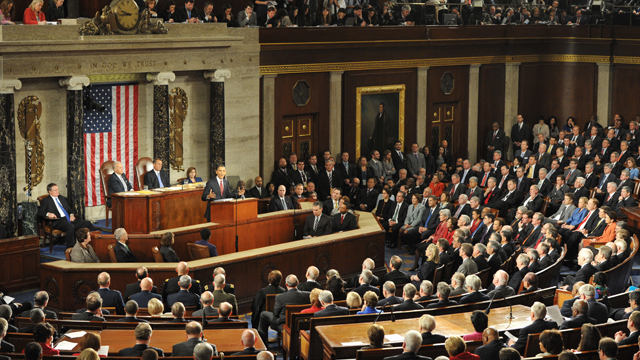 We’ll get a pre-buttal to President Obama’s State of the Union in an exclusive interview with Kentucky Republican Senator Rand Paul – the leading voice of the Tea Party movement. We’ll talk to him about the tensions between Karl Rove and Tea Party groups. We’ll also get his take on fellow Kentuckian Mitch McConnell. The Senator Minority Leader is up for reelection in 2014 and several Tea Party groups are seeking to defeat him. If they don’t get the job done, maybe Ashley Judd will?

We also have an exclusive interview with Maine’s Independent Senator Angus King. He argues that drones are a humane method of war, but has reservations about the executive branch being the judge, jury and executioner.

And check out our interview with former Defense Secretary Robert Gates. The defense department faces severe cuts and new leadership. We’ll give him a chance to add his voice to the debate.

All that, plus the latest updates on the Northeast Snowstorm at 9am and Noon on Sunday.