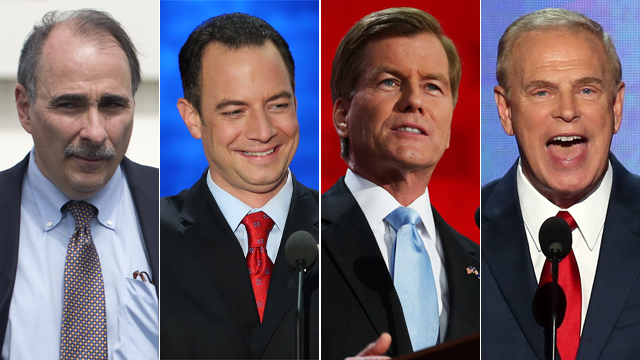 Then, inside the must-win states of Ohio and Virginia. With 31 electoral votes between them, we’ll take a closer look the candidates’ ground game with Governor Bob McDonnell (R-VA) and Former Governor Ted Strickland (D-OH).

By State of the Union Intern Alex Kaplan

Obama & Romney clash on foreign policy. President Obama and Governor Mitt Romney expressed their differing ideals about America’s foreign policy on Tuesday in Florida. Romney criticized the president for a lack of leadership and “apologizing” for America, while Obama slammed Romney for having inconsistent foreign policy positions and his support for increased defense spending. For much of the debate, however, Romney seemed to agree with Obama’s positions, including withdrawing American troops from Afghanistan in 2014 and applying harsh sanctions onto Iran to stop their supposed nuclear program. A CNN instant poll taken after the debate had Obama winning the debate by a small margin, 48 percent to 40 percent.
END_OF_DOCUMENT_TOKEN_TO_BE_REPLACED

Deja vu on the campaign trail

When it's all said and done, after the balloons have dropped, our CNN reporters weigh in on what they won't miss once the elections are over.

Who will win in Virginia?