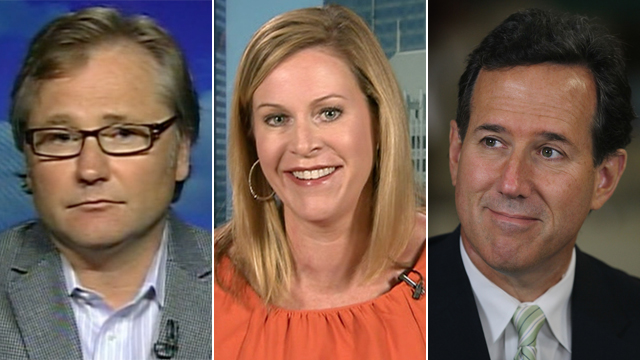 Candy is taking a well deserved vacation this week. CNN National Political Correspondent Jim Acosta is coming off the campaign trail to fill her chair.

Get ready for more R & R. Yes, Romney & Ryan will reunite at least once in the battleground state of New Hampshire, while President Obama will continue his assault on Ryan’s Medicare proposal in the toss-up states of Nevada and Ohio. We’ll see who’s getting the upper hand with competing narratives from Romney Senior Adviser Eric Fehrnstrom and Obama Deputy Campaign Manager Stephanie Cutter.

By now, you’ve heard pundits, politicos, and politicians say this is the nastiest campaign ever. Of course, we say that every four years. Former Senator and GOP Presidential Candidate Rick Santorum was a target of Mitt Romney’s attacks during the 2012 primary season, and he’ll stop by to give us his take on the nastiness of this general election campaign.

Based on post-Ryan announcement polls, CNN turns the important battleground state of Wisconsin from "lean Obama" to true "toss up" on its electoral map. We’ll talk about that and more with CNN Political Director Mark Preston and USA Today’s Jackie Kucinich.