ASK CANDY: From the AG to sports forecasting

Candy answers your questions in this week's Ask Candy – everything from the Attorney General and Dodd-Frank to the Grateful Dead and the Kansas City Chiefs chances next year. Thanks for all the questions and check next week for our Ask Candy questions.

Twitter Question from: Randy J. Tolen
Candy, does the pressure and allegations pending against Holder render him ineffective as our AG?
RJT,
“Ineffective” is a strong word, so my short answer is no. The Attorney General isn’t a newbie and understands that Washington is a political hot house. So to a certain extent, his wrangling with Congress comes with the territory and he understood that when he took the job. I do think it can’t help but be a pretty big distraction and a constant pressure. Testifying before Congress takes preparation and Holder is a regular up there, largely because of the “Fast and Furious” scandal. He is now under threat of a House contempt citation and told the Senate Judiciary Committee within the last 24 hours that he wants to find a compromise in the dispute over withheld documents in response to a congressional subpoena, which also takes time and attention.
END_OF_DOCUMENT_TOKEN_TO_BE_REPLACED 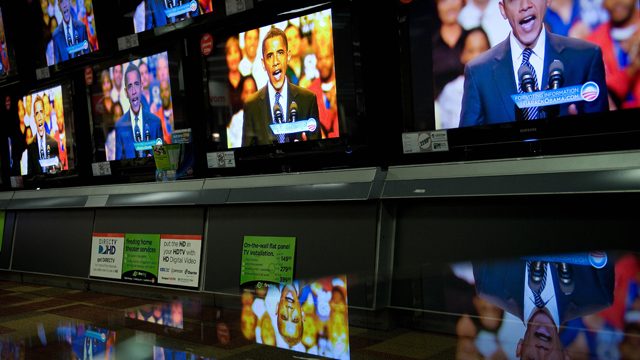 The ad wars move to stage two. Following two $25 million ad buys last month from President Obama’s campaign and the top SuperPAC backing Mitt Romney, a spate of new ad buys signals the next round of spending is underway.
END_OF_DOCUMENT_TOKEN_TO_BE_REPLACED