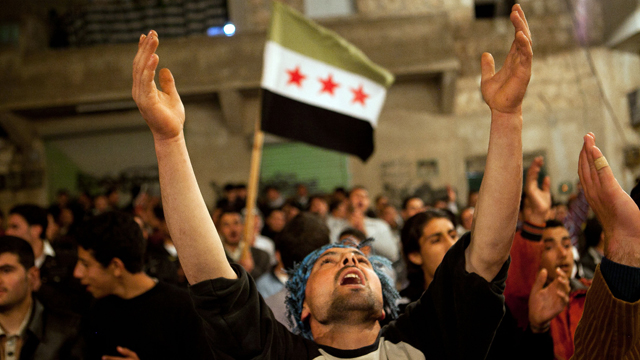 Bloodshed continues in Syria. Another week, and more deaths of women and children in Syria. The United Nations envoy in Syria warns of a civil war. U.S. leaders like Senator John McCain are upset about President Obama’s silence on the issue. McCain today said that the Syrian people “cry out for American leadership.” According to a CNN/ORC International poll released yesterday, Americans do not want the United States to intervene in the fighting, but the number is higher than it was in February.

Leak Week. Congressional leaders have voiced their anger over recent “cascade” of leaks about an array of intelligence matters including cyberwarfare against Iran. Republicans have pointed fingers at the White House, but National Security Council spokesman Tommy Vietor said that those accusations have “no basis in fact.” In a bipartisan effort, the Senate intelligence committee members have agreed that there needs to be a full investigation into the leaks.

Drones. On Monday, al Qaeda’s number two man, Abu Yahya al-Libi was killed in Pakistan in a CIA drone strike, according to U.S. officials. As the United States celebrates another successful hit to the terrorist network, the issue of drones remains a hot button topic between Pakistan and the U.S. Critics of drone strikes cite violations of international laws, but President Obama justifies their use overseas.

All about the money, honey. The numbers are in and it’s official: Mitt Romney raised $17 million more than President Obama in May. Despite raising $15 million at George Clooney’s home last month, the president still came up short with $60 million to Romney’s $76.8 million. The Obama campaign has already tried to downplay Romney’s fundraising tweeting: “Reminder on RNC/Romney camp fundraising: 1st month joint committee was in existence, so all their primary donors wrote their maxout checks.”