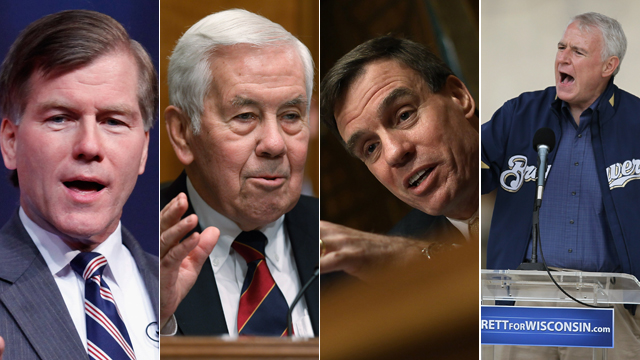 We'll talk with Milwaukee Mayor Tom Barrett. Is he losing his grip on his bid to replace Scott Walker in Wisconsin's gubernatorial recall race? The latest polling has Barrett down by 7 points. Election Day is Tuesday.

The stagnant economic outlook after a disappointing May jobs report, a free falling stock market and worries about the European economy. Also, the National implications of Tuesday’s recall election in Wisconsin and Virginia’s role as a battleground state with RGA Chairman, Governor Bob McDonnell of Virginia.

And has the center fallen out of American politics? We’ll ask Senators Richard Lugar (R-Indiana) and Mark Warner (D-Virginia) if Congress can ever find common ground. And as the violence continues in Syria we'll also get the latest on the situation – Sen. Lugar is the Ranking member of the Foreign Relations Committee and Sen. Warner is fresh off a trip to the region. What options remain for the U.S.?

Plus our roundtable on politics and the economy with the Washington Post's Dan Balz, the Wall Street Journal's Stephen Moore and Mark Zandi, chief economist for Moody’s Analytics.