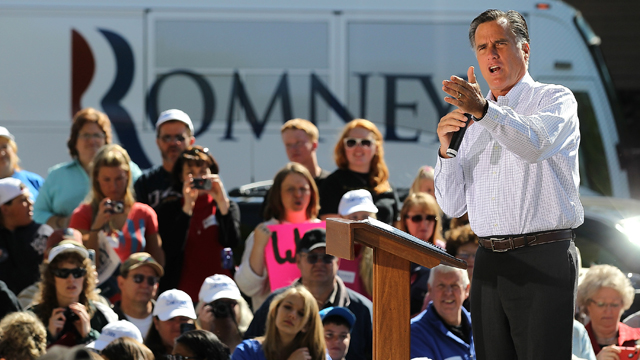 Sneak Peek for the week of June 3

These are some of the stories we are looking at this week.

Magic Number: On Tuesday, Mitt Romney hit the “magic number” of delegates necessary to win the GOP nomination. Today, a new battleground state poll shows, it's all tied up in some of the key battleground states that will decide the 2012 presidential election. The NBC News/Marist poll has the rivals statistically tied in Colorado, Iowa and Nevada. Voters there say the economy is their top issue headed into November.

Rice Support: Meanwhile, Mitt Romney has won the backing of Former U.S. Secretary of State Condoleezza Rice. She endorsed him at a fundraiser in California last night, saying Romney understands America’s unique place in the world. Rice has been mentioned as a possible VP pick.

We are following these stories and much more. Be sure to check back on Friday for our full Rundown and don’t forget to tune in Sunday at 9am & Noon ET.