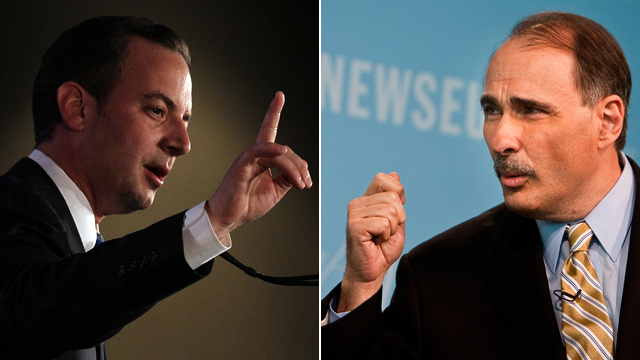 In the world of Presidential Elections, now is the time to define yourself, or be defined by the other guy. Team Obama tries to make Mitt Romney’s business experience a liability, but Mitt Romney says that’s character assassination. Obama Campaign Senior Adviser David Axelrod and Republican National Committee Chairman Reince Priebus will be here for exclusive interviews.

An argument over election-year priorities reaches a boiling point as Congress defies Obama’s pentagon budget, and John Boehner draws a line in the sand on deficit reduction. Avoiding another political and economic catastrophe - with Senators Barbara Boxer and Kay Bailey Hutchison.

Lastly, we’ll look ahead to this week’s NATO meeting in Chicago. President Obama wants all member nations to contribute resources to Afghanistan once international forces depart. NATO Secretary General Anders Fogh Rasmussen will be our exclusive guest from Chicago.