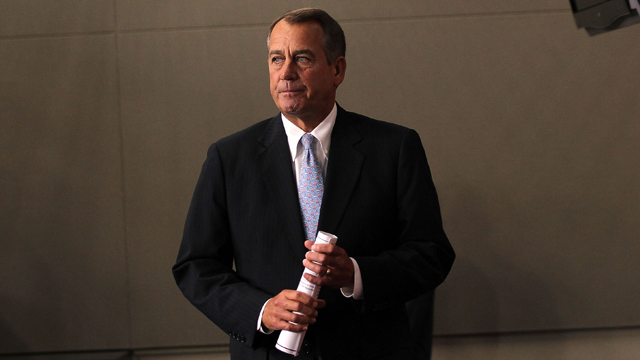 With his sweep of Tuesday’s five primaries in Rhode Island, Connecticut, New York, Pennsylvania and Delaware, Mitt Romney effectively became the presumptive nominee and standard bearer of the Republican Party. In his victory speech, Romney told supporters that they gave him a “great honor and solemn responsibility” and predicted “Together, we are going to win on Nov. 6.”

Romney has more than half a year to overcome a CNN/ORC poll conducted April 13-15 that shows President Obama leading him by 12 points, 53-41.

TIME Magazine Deputy Managing Editor Nancy Gibbs and Executive Editor Michael Crowley have penned a New York Times best-selling book entitled “The Presidents Club: Inside The World’s Most Exclusive Fraternity.” Among the gems deep inside: Which president considers President Bill Clinton his “brother from another mother,” which president was taught how to salute by Ronald Reagan, and which president tends to irk all the others.

Candy will sit down with both authors this Sunday to discuss that and more.