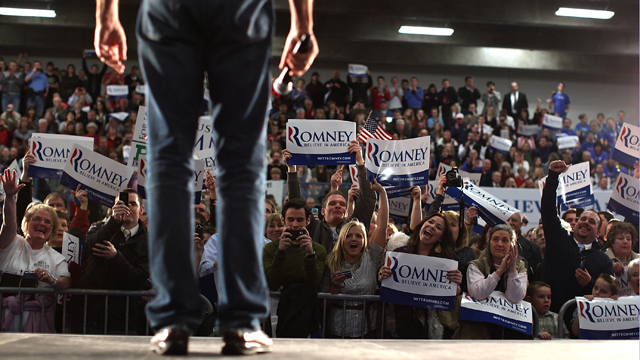 Mitch McConnell’s tough week. When a moderate Republican senator from a moderate Democratic state announces she’s retiring, GOP leaders may start to worry. When the GOP is a mere four seats from capturing a majority, GOP leaders may inch toward the panic button. What are the GOP’s prospects for 2012 now that Maine Sen. Olympia Snowe has announced her retirement?
END_OF_DOCUMENT_TOKEN_TO_BE_REPLACED

Will anyone come to rescue the GOP? Not so much.

Candy reports that the chance of a new candidate emerging before a brokered GOP convention is unlikely.