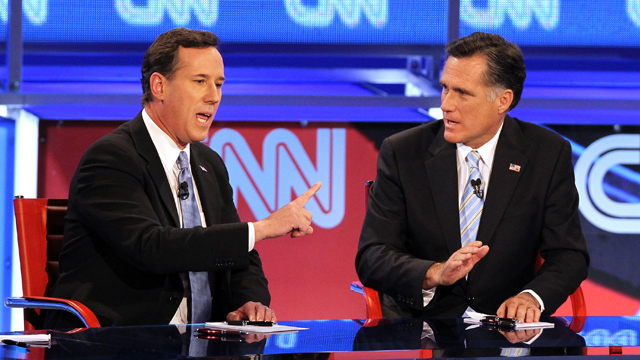 The Final GOP Primary Debate? The remaining GOP candidates faced off in what could be the final GOP debate last night in Arizona. Mitt Romney had a much needed strong showing and, aided by the other candidates, kept Santorum on the defensive about his conservative record in Washington. Will it be enough to win over voters in his home state of Michigan? Romney is currently in a statistical dead heat in Michigan with only days to go before that state’s contest. Did Romney do enough to paint Santorum as a Washington-insider and past his own opposition to the auto-bailout for Michigan voters? Or will voters from his home state deal a serious blow to the already struggling front-runner?
END_OF_DOCUMENT_TOKEN_TO_BE_REPLACED