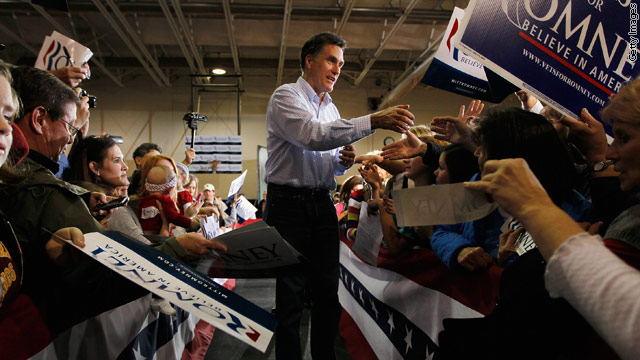 As the clock ticks down to the South Carolina Primary on Saturday, the Republican field continues to narrow after both Rick Perry and Jon Huntsman drop out of the race. The remaining candidates push their case to be the anti-Romney candidate, claiming they have the best chance to beat President Obama.

What a difference a week makes: A week ago people were predicting it could all be over after South Carolina, but that was several polls, two more candidates, a testy debate and a recount ago. Rick Perry drops out of the race, days after his appearance on State of the Union telling Candy his intention was to stay in the race through Florida. Today he says he sees ‘no viable path forward’ and instead throws his support behind Newt Gingrich as ‘a conservative visionary who can transform our country.” Jon Huntsman also ended his presidential bid this week, dropping out on Monday and throwing his support behind Mitt Romney.
END_OF_DOCUMENT_TOKEN_TO_BE_REPLACED