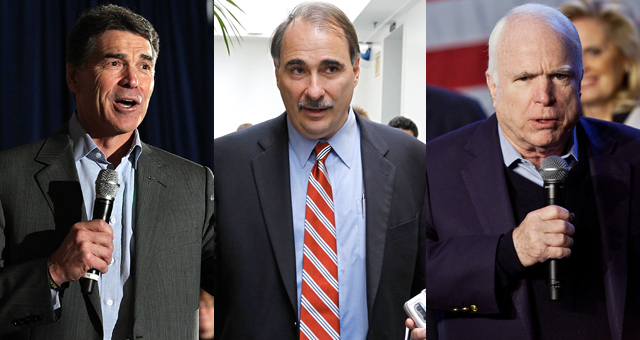 This Sunday on “State of the Union”— the presidential campaign is in full swing, and we’re covering every angle.

First, an interview with Texas Governor and Republican presidential candidate Rick Perry.  After deciding to stay in the race and compete in South Carolina, how well must he do in the Palmetto state to continue his campaign?  We’ll ask him.

Then, the White House says it’s not in campaign mode just yet, but the release of the president’s fund-raising numbers this week say otherwise.  We ask senior campaign strategist David Axelrod about the president’s plan for re-election and their focus on current GOP front-runner Mitt Romney.

Sen. John McCain, who endorsed Mitt Romney the day after the Iowa caucuses, sits down with Candy to reflect on the race as well as his own experiences in South Carolina (a state he won) just four years ago.