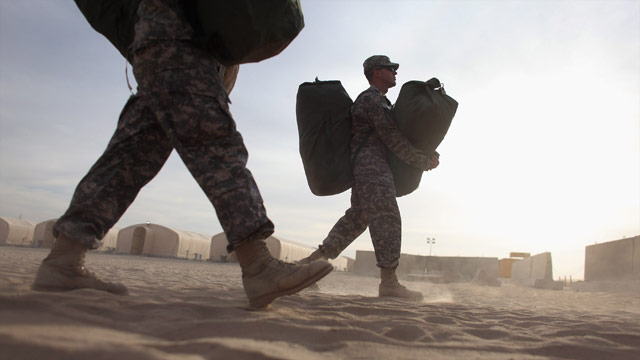 All quiet on the Iraq front? After almost nine years, nearly 4,500 Americans lives, more than 30,000 wounded, and an estimated 100,000 Iraqi civilians killed, the military declares an official end to the war in Iraq in a ceremony in Baghdad on Thursday. Just 200 troops will remain as part of the diplomatic mission along with almost 15,000 U.S. Embassy personnel. Questions remain about the future of a country marked by almost a decade of violence, a fledgling new democracy and a strained infrastructure. Will the pullout of US troops bring a resurgence of bloodshed?
END_OF_DOCUMENT_TOKEN_TO_BE_REPLACED