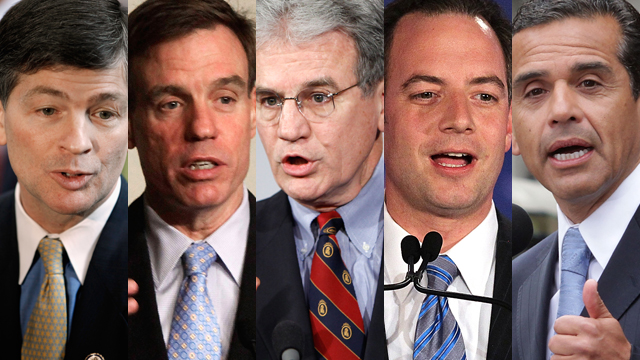 A hard look at the Super Committee, the GOP presidential field, and city economics.

First, an exclusive interview with the Co-chair of the Super Committee, Republican Congressman Jeb Hensarling of Texas. Amid the flurry of competing proposals, will the committee meet its deadline to avoid $1.2 trillion in automatic cuts? We’ll ask him.

Then, the Senate perspective with two men advocating different ways for the committee to “go big”: Democratic Senator Mark Warner of Virginia and Republican Senator Tom Coburn of Oklahoma.

Also, we get a lay of the GOP field from an insider: Republican National Committee Chairman Reince Priebus.

And finally, the first installment of our “America’s Cities” series, a look at mayors trying to bring jobs back to their city. We start with the President of the U.S. Conference of Mayors, Antonio Villaraigosa, mayor of Los Angeles.