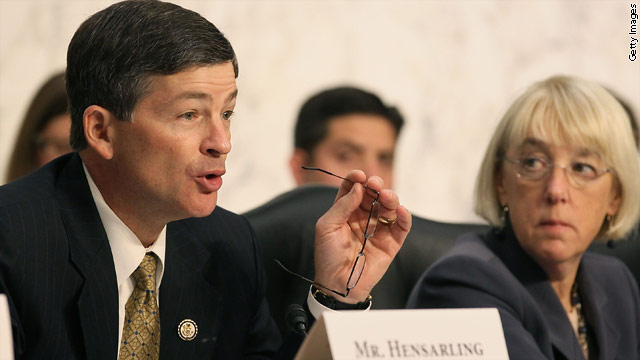 Candy is in California today to sit down with Los Angeles Mayor Antonio Villaraigosa. They’ll discuss bringing jobs back to Los Angeles, immigration, and his relationship with President Obama. A strong Obama supporter, Villaraigosa, as part of a mayoral delegation, urged the president and congressional leaders to work together on creating jobs. Locally he’s proposed several initiatives to use tax revenue on infrastructure projects in order to create jobs.

The clock ticks down: With just two weeks to go before the supercommittee deadline, can they find real compromise on reducing the deficit? Does a Republican proposal put forward this week that includes tax increases indicate a step forward for both sides? We’ll talk exclusively with House supercommitte co-chair Rep. Jeb Hensarling and two senators on either side of the debate.

A 2012 ‘Oops’: As the first of the presidential primaries draws closer, Republican candidates once again went head-to-head in Michigan. Perry falters when he tries to outline his own economic plan and finds himself at a loss for words when describing the third federal agency he would eliminate as president. Can his campaign recover from this latest and most glaring of debate gaffes?

Raising Cain allegations: Republican candidate Herman Cain continues to dominate the headlines as a second woman goes public to talk about sexual assault allegations against Cain during his time as the head of the National Restaurant Association. Cain denies any inappropriate behavior, “they simply didn't happen.” Will his campaign be able to weather the storm?

World economic woes: The ongoing financial crisis in Europe leaves markets around the world skittish and forces the leaders from both Greece and Italy to step down in the wake of their country’s economic woes. The U.S. economy remains lethargic, with the unemployment rate at 9%, a sluggish housing market and investors cautious. A glimmer of hope emerged on the unemployment front with first time jobless claims down to their lowest rate since April.

We’re looking at these stories and more, but as always news moves fast so everything could change by Sunday. Make sure to check back in on Friday for the Rundown of what we’ll be covering on the show and don’t miss our exclusive interviews with Mayor Antonio Villaraigosa and Rep. Jeb Hensarling on Sunday morning at 9 & Noon ET