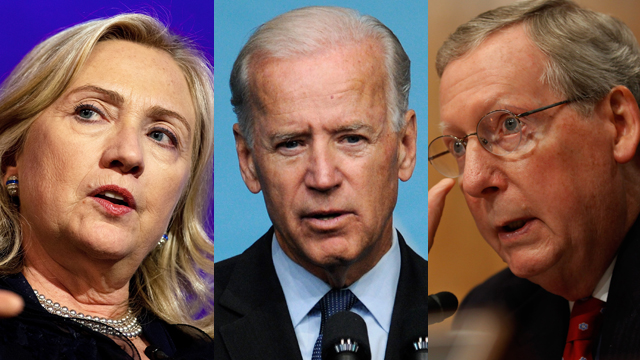 As President Obama announces the withdrawal of all U.S. troops from Iraq by the end of the year, we’ll talk  about that with Secretary of State Hillary Clinton speaking from Tashkent, Uzbekistan.

Then, in an exclusive interview with Vice President Joe Biden we’ll take a behind the scenes look into the Obama 2012 reelection campaign, as he files papers to be on the New Hampshire ballot.   Plus, we’ll get his take on the President’s jobs bill and a very interesting thought as he shares the thought that he may run for president in 2016.

And finally Senate Minority Leader Mitch McConnell (R-KY) on Obama’s jobs bill and the Republican alternative to the plan.

Watch a preview of Candy’s interview with Vice President Biden and his thoughts on a possible 2016 presidential run.