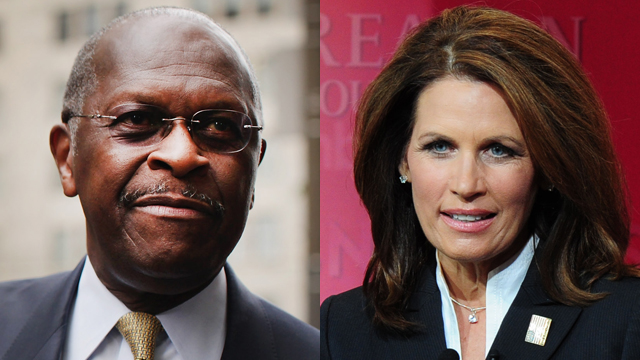 As the 2012 GOP race heats up, Candy Crowley sits down with two of the presidential candidates.  First, she’s talking to former Godfather’s Pizza CEO and author Herman Cain about his recent surge in the polls.

Then, to discuss the future of her campaign, Candy talks to Minnesota Congresswoman, Rep. Michele Bachmann.

Plus, with unemployment numbers stalled, are we heading toward a double dip recession? We’ll have a discussion with Mark Zandi, Chief Economist of Moody's Analytics, Peter Baker, White House Correspondent for the New York Times, and Ron Brownstein, CNN Senior Political Analyst, to discuss the politics of a recovering economy.