Axelrod on the economy

Sound of Sunday for October 30th

Farewell to our EP, Tom Bettag

The economics of Halloween

Presidential Candidate Ron Paul says he has "no plans" for a third party run in the 2012 GOP race, yet.

We want to hear from you! Every Sunday after the show, we’ll ask Candy one of YOUR questions and post the video online... so if you have a question for Candy while you’re watching State of the Union, tweet it to @CNNSOTU, post it on Facebook or send us an email to sotu@cnn.com.

As much as she’d love to tell you about her favorite TV show (Dexter) or color (Red), we’re hoping you have questions about the actual content of the show. So let Candy know what’s on your mind!

On our radar this morning:  The latest polling out of Iowa, Ron Paul wins another straw poll, and President Obama's campaign hurdles.

Check out what we're reading, and be sure to watch our exclusive interview with Obama senior campaign strategist David Axelrod and our interview with Republican presidential candidate Rep. Ron Paul.

END_OF_DOCUMENT_TOKEN_TO_BE_REPLACED 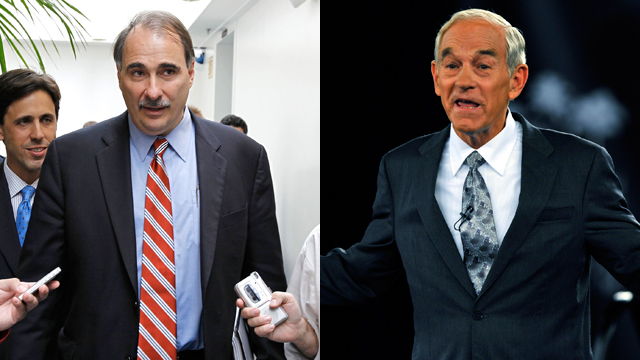