Time for a shake up at the White House?

Sen. Dick Durbin looks at Democratic strategist James Carville's remark that it's time for a shakeup at the White House.

Israeli Ambassador to the U.S. Michael Oren weighs in on Palestine's bid for statehood, plus U.S. relations with Israel.

On our radar this morning:  President Obama's new tax plan for millionaires.

Check out what we're reading, and be sure to watch the show today at 9am/12pm ET.

END_OF_DOCUMENT_TOKEN_TO_BE_REPLACED 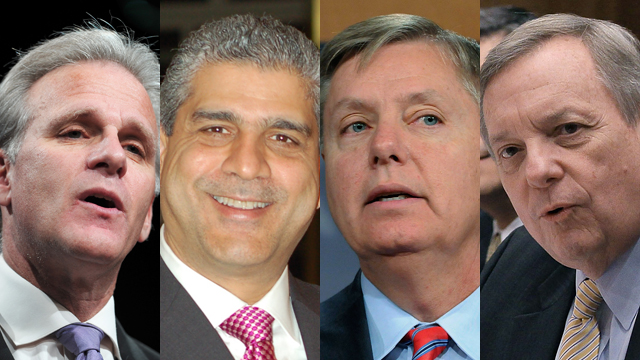 President Obama's rough week as he attempts to put Americans back to work. After much criticism of his jobs plan from both sides of the aisle-can it pass Congress, and will it boost the economy? We’ll ask Senate Majority Whip Dick Durbin (D-Illinois) and Republican Senator Lindsey Graham (R-South Carolina).

Plus, former Congressional Budget Office directors Alice Rivlin and Douglas Holtz-Eakin discuss the impact the jobs plan will have on the troubling economy, as well as the latest recession worries.

Then, we switch gears and talk about the President's even more challenging week ahead as he travels to New York for the U.N.'s General Assembly. How will the U.S. relations with Israel and the world be impacted as Palestine vows for statehood from the UN? Israeli Ambassador to the U.S. Michael Oren and Palestinian Chief Representative to the U.S. Maen Areikat talk about Palestine's quest for more international recognition.

CNN's State of the Union airs Sundays at 9am/12pm ET. 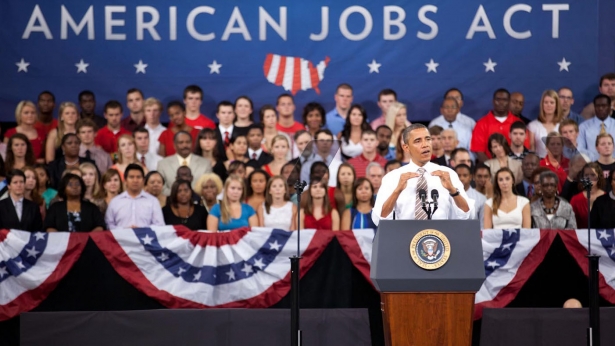 President Obama unveiled his jobs bill last week and has taken his message to battleground states. Top Republicans are dismissing it as “venture socialism” and “a political exercise” that won’t “actually work.” Speaker Boehner has a plan of his own that he’s set to show off later today. A compromise seems possible – at least on some issues – but political maneuvering might threaten any deal that emerges.
END_OF_DOCUMENT_TOKEN_TO_BE_REPLACED