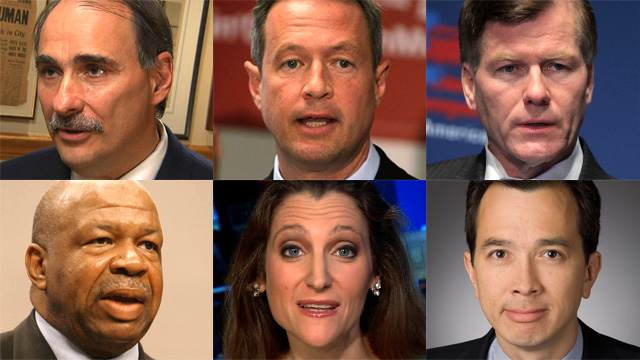 This Sunday on State of the Union…

At the end of a three-day Midwest bus tour touting his focus on the economy, jobs and the middle class, the White House announces the President’s plan to unveil a new jobs proposal in a September speech. Does the bus tour offer a glimpse of Obama’s re-election strategy? Will the new jobs plan be enough to encourage a wary and frustrated American public? We’ll ask David Axelrod, Senior Strategist of the Obama re-election campaign.

Turning to state politics, we’ll hear from two governors of states trying to adjust to the economic downturn. What effect does the bickering in Washington have on their states and what does it mean for the 2012 campaign? Candy talks to Governors Bob McDonnell of Virginia and Martin O'Malley of Maryland, chairs of their party’s governors associations.

Then the Congressional Black Caucus embarks on a jobs tour with job fairs and town halls in cities across the country after leveling criticism at the President for failing to do enough to create jobs for the African-American community. Plus Florida Republican Rep. Allen West stirs up controversy over his “plantation” comments about African-American voters and the Democratic Party. We’ll hear from Congressional Black Caucus member Rep. Elijah Cummings of Maryland.

Finally, a rocky week for the stock market as the Dow plummets in response to concerns in the global economy. Will the American economy be able to recover with continuing instability overseas? Insights from U.S. economic editor of The Economist Greg Ip and Editor of Thomson Reuters Digital Chrystia Freeland.

Candy reports on the rise and fall of Tim Pawlenty's presidential campaign.