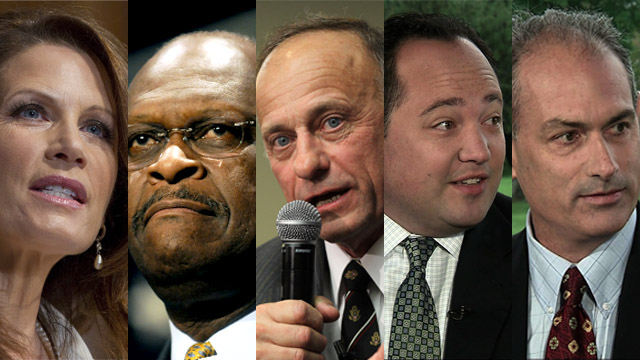 A special edition of State of the Union live in Iowa.

Eyes are on the state this week on the eve of the Ames Straw Poll, considered to be the first big test of strength for GOP candidates. It has been a busy week leading up to the big event with Republican candidates flooding the state to drum up support and Texas Gov. Rick Perry joining the fray.

Then we’ll talk to Tea Party power broker Rep. Steve King of Iowa about the new battle for conservatives between Bachmann and Perry and Iowa’s role for Republicans in the 2012 race.

Finally Candy talks with reporters Neil King and Philip Rucker for analysis on the results from the Ames Straw Poll and a busy week of politics.

Be sure to watch Candy live from Iowa this Sunday at 9am eastern.