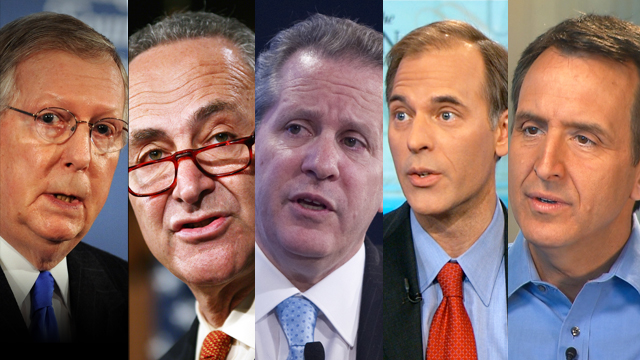 Coming up this Sunday on State of the Union...

The clock continues to tick down to the August 2nd deadline and with just days to go there’s still no deal on the debt ceiling. President Obama says the sides are not that far apart, but will they be able to finally find compromise? The Boehner plan passes the House, but will it be dead on arrival in the Senate? Where do they go from here and will they be able to find a plan to pass both the House and Senate?

First, guest host Gloria Borger will talk to Senate Minority Leader Mitch McConnell (R-KY) for the latest in the debt ceiling negotiations. We’ll also hear from Sen. Chuck Schumer (D-NY) with the view from the other side of the aisle.

The perspective from the White House with Director of the National Economic Council and Assistant to the President for Economic Policy Gene Sperling.

Then, insights and analysis on the economic effects with Mark Zandi, chief economist for Moody’s Analytics.

Finally, the rest of Candy’s interview with presidential candidate Tim Pawlenty; on the 2012 race, his thoughts on the other republican candidates and his chances in Iowa on the eve of the influential Iowa Straw Poll.