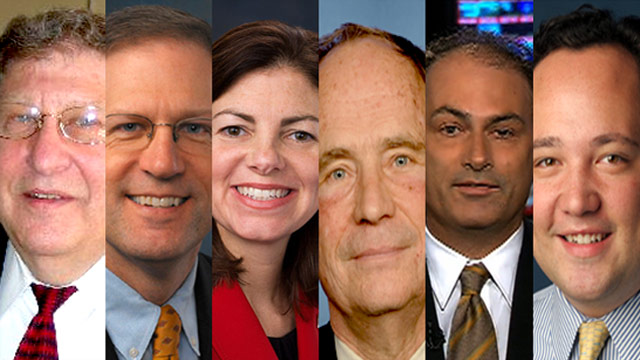 This Sunday on State of the Union – Sunday, June 12

Candy sat down with two men who share a name well-known in the realm of New Hampshire politics. New Hampshire’s father and son pair, Fmr. Governor John Sununu and Fmr. Senator John Sununu, who gave us their take on the GOP field shaping up for 2012.

And with New Hampshire politics on the national stage, Candy spoke with Sen. Kelly Ayotte and Rep. Charlie Bass.

Then, insights into Monday’s debate from Philip Rucker of The Washington Post and the Neil King of the Wall Street Journal.

UPDATE: Candy caught up with the party’s wild card, John Huntsman, who is considering a run in 2012 on his tour through the Granite State. We'll have their conversation.